​2019: Kylie was presented with not only a 10 year glass but also awarded the Club Service Award for 10 years Service to the Club.

Sami Iri join the Management Committee at the 2021 AGM.
Sami Iri has been part of the Club since 2011. Sami has played in our Senior teams and more later in our Social teams. Sami has coached age grade teams and this last year took on coaching our Senior B team.
Sami has taken on the role of club Secretary. We welcome Sami onto the Management Team with her wealth of administration skills and netball knowledge. Sami also has a daughter who has coming through the Future Fern programme and this year will be playing in an age grade team.

Kaylee McKenzie–Lee joined the club in 2009 as a Committee Member / player in our Senior A team that same year.
At the 2019 AGM Kaylee was nominated to the Management Team as Secretary. Kaylee has continued to be an active member of the club not only as a player for the first 2 years but as a Coach and then a Social Player again in the later years.
We welcome Kaylee and her administration prowess to our Team 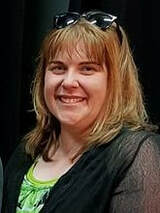 ﻿Sarai has joined our Management team in 2016.  Her daughter Cherie has been playing for the club since 2013.  We welcome Sarai with her wealth of knowledge around applications for our much needed funding.
2020 - 2016 :Funding Officer
Sarai resigned from the committee at the end of the 2020 Financial Year

Aimee joined the Management Team in 2019.
She has been a player in the Senior B team for the last 3 years.
Aimee helped organise our Quiz night in 2018 along with her Mum Lorraine and together they  introduced our club to making cheese rolls as a fundraising venture.

Amanda joined our Management Team in 2016. She does not have any children involved in the club but enjoyes playing and being involved in netball coaching. Amanda is a social team player.
Amanda has coached at Kelston Girls High School and previously been involved as a player with Riccarton Club.
Amanda has taken on the role of appointing our junior umpires to games.
Amanda is a social team player.
​
​2021: Resigned from the Committee at the start of 2021 to peruse her training to be a Mid-Wife.
2020: Coach Social H + Manager Social G + Social G player + Umpire Coordinator
​2019: Sen D player + Coach U15 + Umpire Coordinator
2018: Social F player + Coach U14P
2017: Social E player + Coach U13Q
2016: Senior D Player + Coach U16I


​​2019: Patrice was awarded the club Volunteer Award for 6 years service as a manager of age grade teams for the Club. 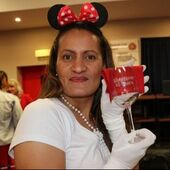