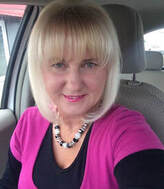 ​Lynlea Willan is the Founding President of the Hornby Netball Club. Lynlea is very passionate about her coaching since starting in 2000. During this time she has developed her coaching skills with the many courses she has attended. Lynlea continues to lead Hornby Netball  Club with a very strong Management Team who all work together in the spirit of  "Encouragement, Dedication and Community"

Marcia Johnson joins the Management Team at the 2022 AGM.
Marcia has been part of the Club since 2014 when her oldest daugher started playing for the club in an U11 team, her second daugher was a Future Fern that same year and in 2021 her youngest daughter becam a Future Fern as well.  We welcome Marcia onto the Management Team with her wealth of administration skills an look forward to working with her in the coming years. 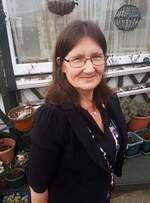 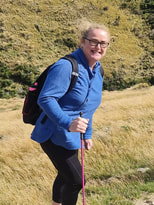 Trish has been a valued member of the club since 2014 when her daughter Rouru started playing. A few years later daughter Teina played and then a few years after that daughters Brielle and Jorja.  Trish has continued to support her girls in the teams they have played in. In 2019 Trish decided to join the committee. She also felt this was her year to also play when she joined a social team with her daughter Rouru.
In 2020 Trish took on the role as manager for her daughter Jorja's U13 team and daughter Brielle's U17 team. Trish continued to play for a social team.  We welcome her positiveness and she is always willing to help with the fundraising events the club hold.

Esther joined our Management Team at the recent 2022 AGM.
We welcome Esther to our committee and the fresh new ideas she will bring to our club . Esther's oldest daughter joined the club in 2021 as a Future Fern. In 2022 Esther has 2 more girls playing for the club in the Future Fern teams while the olders now moves into the age grade teams as an U12 player.

We welcome Diana back onto the Management Team at the recent 2022 AGM.
While Diana has been absent from the committee, she has been finishing a nursing degree.
Diana has been a previous Management Team member of HNC and rejoined upon her return to NZ in 2017.
We welcome Diana and her wealth of experience she brings back to the committee.  At our 2018 AGM Diana was voted in as the new Club Secretary.
Diana played socially.

Tash joined the Management Team in 2013. Tash brings with her experience and passion for the game of Netball and you will see her most weeks cheering for the Hornby Teams.  Previously Tash has taken care of sourcing all the Player of the Day awards we hand out every week.​
​Tash coaches and is also a social team player/organiser. 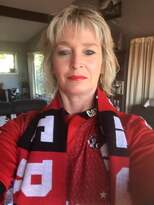